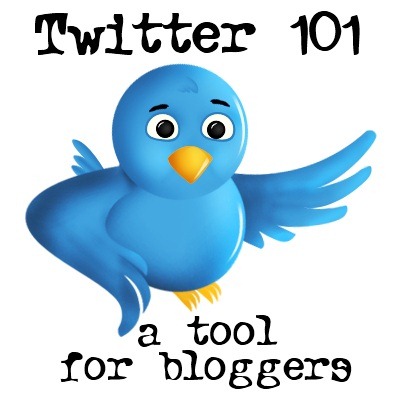 Let me reassure you, my blogging friend: Twitter is not necessary for success in blogging.

But the names aren’t important.  It’s the fact that they had something to say worth reading.  And that carried over into their Twitter accounts when they got them, making them someone worth following.

Twitter can be a great tool for bloggers.  I have blogging friends who get the majority of their traffic from Twitter.  However, less than 2% of my traffic comes from Twitter (at least according to Google Analytics, which may not always calculate Twitter referrals correctly).

Twitter has increased page clicks, but frankly, Twitter has allowed me to connect with individuals that I would have never been able to before, from women in my community, to friends, to colleagues.
-Kristina

Should you as a blogger be on Twitter?  Maybe.  Especially if your readers are.  But if your average reader has never even heard of Twitter, then please, spend your online time blogging, and put Twitter very low on your priority list. (Check out Amy Lynn Andrews’ post on choosing social media platforms for more on this.)

That being said, if you as a blogger decide to try out Twitter, here are some tips for not only utilizing the tool, but keeping it in the box.

1. Be Yourself First, Your Blog Second

Before you ever try to promote your blog on Twitter, just be yourself.  We probably don’t want to hear about what you have for dinner every single night (unless you’re The Pioneer Woman), but we do want personal glimpses into your life that have nothing to do with your blog.

If your Twitter feed is all self promotion, then it’s a turn off. I feel some personal stuff is important, too. I like it when certain people and authors I follow also Tweet personally, because it makes me feel like I know them.
–Mandy, @DailyCupOfGrace

Retweet.  Reply.  Retweet some more.  Add Twitter users to Lists.  Share favorite users with the Follow Friday hashtag (#FF).  Be a good Twitter cheerleader in your niche and circle of friends/interests.  The Golden Rule of Social Media is to promote others if you want to be promoted.  Be helpful if you want to be helped.  Engage thoughtfully and personally with your followers.

Please don’t auto-Tweet your blog posts.  Or, if you do, don’t let it look like you do.  The plugins and apps that scream “NEW POST!!” and make every post tag a hashtag?  They make you and your blog look automated at best, spammy at worst.

It’s okay to tell people in the body of the Tweet that it’s a new post.  It’s even okay to auto-Tweet your blog posts, if you’ll forget otherwise to Tweet them.  If you’re a master at crafting post titles, you might even get some clicks on those auto-Tweets.  But please don’t Retweet the same automatically worded Tweet five times on the day your post went up.  Reword it each time.  Don’t give away the whole post.  Craft your Tweets to pique interest, to get clicks—whether you’re promoting someone else’s post or your own.

There are a lot of fabulous Tweets to Retweet and great links to share.  How do you choose which ones to pass on to your followers and which ones to just enjoy yourself? Go back to your niche and think about your tribe.  What topics would be most beneficial to your tribe for you to share?

The Tiny Twig has a great philosophy: she limits herself to tweeting about 4 topics.  She says:

On Twitter, I limited myself to tweeting about 4 topics.  I knew I wanted to be a “resourcer” on Twitter, someone who provides high quality content for their followers.  If I retweet something, it falls into one of those categories.  If I link to an article, it passes through that filter.  Setting these boundaries kept me in check on Twitter.
–The Tiny Twig in “be wise with your words” on thetinytwig.com

Make yourself a social media plan, mission statement, checklist, manifesto—whatever you need to remind you of the important steps and keep yourself on track so that you can finish Tweeting and turn off the computer.  (Because, of course, if you’re a blogger, you know that you need to blog before you Tweet, create before you engage.)  Try out the T.W.E.E.T. Method (Target, Write, Engage, Explore, Track).

How to Make the Most of Twitter Beyond the Obvious – from the Buffer App Blog
Does Twitter Make You A Better Writer? – from Jeff Goins
The Ultimate Guide to Twitter Marketing – from CopyBlogger
Top Twitter Blog Marketing Tips – from ProBlogger

Working with Gretchen Louise feels like working with a friend; I never feel insecure when I have to ask questions like, “What’s a plugin?” 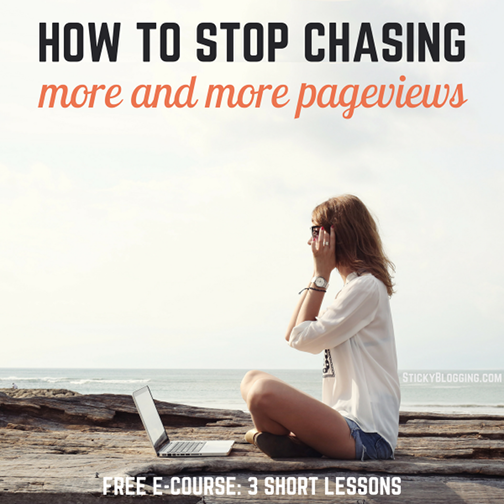 Being able to call on Gretchen is like having my own personal IT department — I love that!