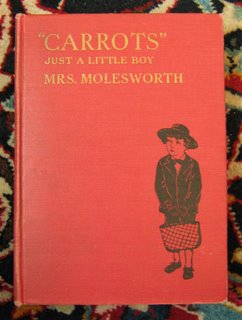 When Merritt brought home a flier about our library’s summer reading program, neither he nor I thought I would have any problem reading five books over the summer. I had been a veritable bookworm during the slow spring days at the store. But then summer came–and there was never a spare moment for reading at the store, let alone at home.

My “summer reading” did not take on any contest proportions, or really, any proportions at all. Of course, there was extensive scanning of What to Expect When You’re Expecting, and frequent reference of several books about raising chickens, but the first title here was read and reviewed before the summer began, and the rest since! Welcome back to the time of year made for long evenings curled up by the fire with a good book, my friends…

From its beginning, I never would have guessed how the book ended. Young medical student Andrew Beaven is inspired by words of the infamous professor “Tubby” on the first day of classes to pursue medicine, and the great god Science, and that alone. Nothing–and no one–shall get in his way. For the best doctors, Tubby exhorts, worship Science alone, and can not be bothered by getting to know the patient, or actually appearing to have a heart. Dr. Beaven raises a lot of questions to which he never finds answers in the book. But I think “may-bee” that is how the author wanted it. And along the way, delightful description and dialogue, plus a surprise ending, make this book filled with medical conditions and surgeries enough to delight any doctor yet an enjoyable read for the romantic as well.

I chose to read this 1938 book of Douglas’ first, rather than his book The Robe, which was popularized by the movie. Now I am curious to see how similar his other books are–and if all the characters are so obviously searching for the Creator they have turned their backs on.

“The day was perfect…the gold sunshine had been donated by September, the blue sky pretended it was June. The maples and oaks knew it was November. The tall firs didn’t care when it was.” (Disputed Passage, pg. 282)

Not only did the cover catch my attention at the book sale, but I knew that any author who identified herself as “Mrs.” must be good! This adorable tale from 1926 is about a little boy named Fabian, but everyone calls him Carrots. It follows the daily adventures of he and his siblings, especially his favorite “dear, dear Floss.” Mrs. Molesworth acts as the storyteller addressing the “children” listening–but it is a refreshingly delightful book for all ages. If you can find it, you won’t be disappointed in this charming, old-fashioned tale.

“The ‘soul,’ children, which is in you all, which may grow into so beautiful, so lovely and perfect a thing; which may, alas! be twisted and stunted and starved out of all likeness to the ‘image’ in which it was created. Do you understand a little why it seems sometimes such a very, very solemn thing to have the charge of children? When one thinks what they should be, and again what they may be, is it not a solemn, almost too solemn a thought? Only we, who feel this so deeply, take heart when we remember that the Great Gardener who never makes mistakes has promised to help us; even out of our mistakes to bring good.” (Carrots, pg. 74)

The Shepherd of the Hills by Harold Bell Wright

It’s a simple tale. An easy read. Much different from the last Harold Bell Wright novel I read. And my favorite of all I’ve read so far (thanks for giving me your copy, Grandma!). Set in the heart of the Ozarks, with simple country folk who are not such simple characters. An intriguing tale of love, hate, strength, and forgiveness. You’ll say amen to the oft-quoted words of “Preachin’ Bill,” admire the character of Sammy and young Matt, and come to love the man who becomes the shepherd of the hills.

“It’s a heap more’n that; it’s a-nursin’ babies, and a-takin’ care of ’em ’til they’re growed up, and then when they’re big enough to take care o’ themselves, and you’re old…it’s a-lookin’ back over it all, and bein’ glad you done married the man you did. It’s a heap more’n livin’ with a man, Mandy; it’s a-doin’ all that, without ever once wishin’ he was somebody else.” (The Shepherd of the Hills, pg. 54)

Angels Watching Over Me (Shenandoah Sisters series) by Michael Phillips

My mom gave me Angels Watching Over Me for my birthday. It, and the other three books in the series from my local library, proved nice, easy-reading on long days at the store. While most of the books I own by Michael Phillips are deep, intricately woven, thought-provoking reads, the Shenandoah Sisters series is more in the teen fiction, easy-reading genre of the Corrie Belle Hollister series. But Mayme and Katie are delightful characters trying to make it on their own on a plantation in the midst of the post-Civil War era. It’s Phillips-quality fiction, but for older teens and adults because of some of the subjects (violent visits from marauders, etc.).

The Laird’s Inheritance by George MacDonald (edited by Michael Phillips)

It had been much too long since I’d been between the covers of a MacDonald book. And when a friend gave me The Landlady’s Master for my birthday (completing my collection of the ones edited by Phillips, what fun!), I decided it was high time I revisited an old friend. There’s nothing like MacDonald’s books, set in the heart of the Scottish Highlands. In this tale, originally published in 1881, one meets Cosmo, the young laird of Castle Warlock, Aggie, his girlhood friend, and Joan, who embodies the womanhood he admires. The lessons Cosmo learns from his father are timeless. And the mysteries surrounding the horse and it’s tail…you’ll have to read the book to experience MacDonald at some of his best.

“No true man will ever ask of a fellow creature, man or woman, the doing of a thing he himself would feel degraded to do. There is nothing like Christianity to make all men equal, to level such distinctions–but it levels by lifting to a lofty tableland, accessible only to humility. Only he who is humble can rise.” (The Laird’s Inheritance, pg. 340)

Each time that I have sought help from Gretchen she has been quick to respond and very thorough in helping me understand everything.