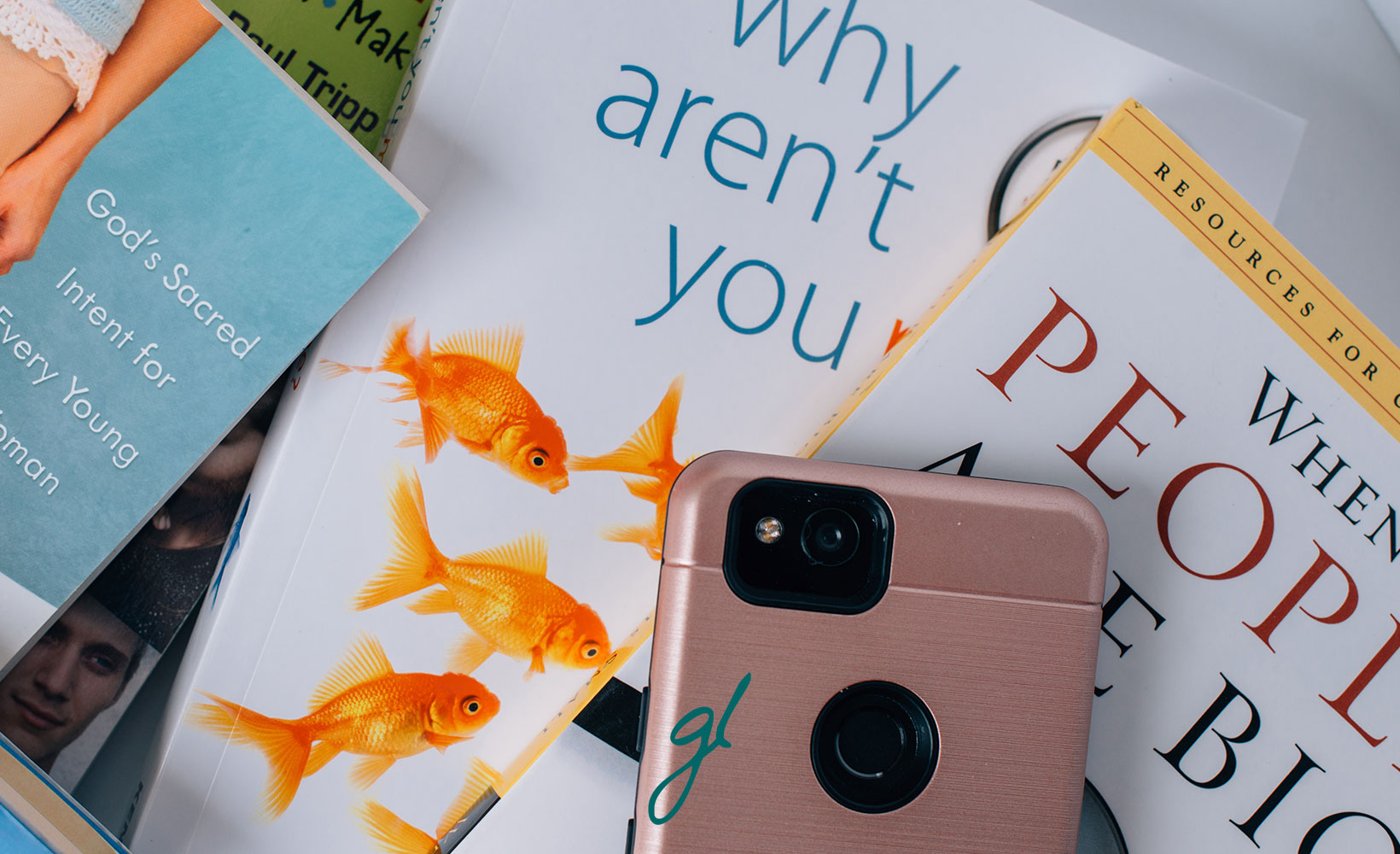 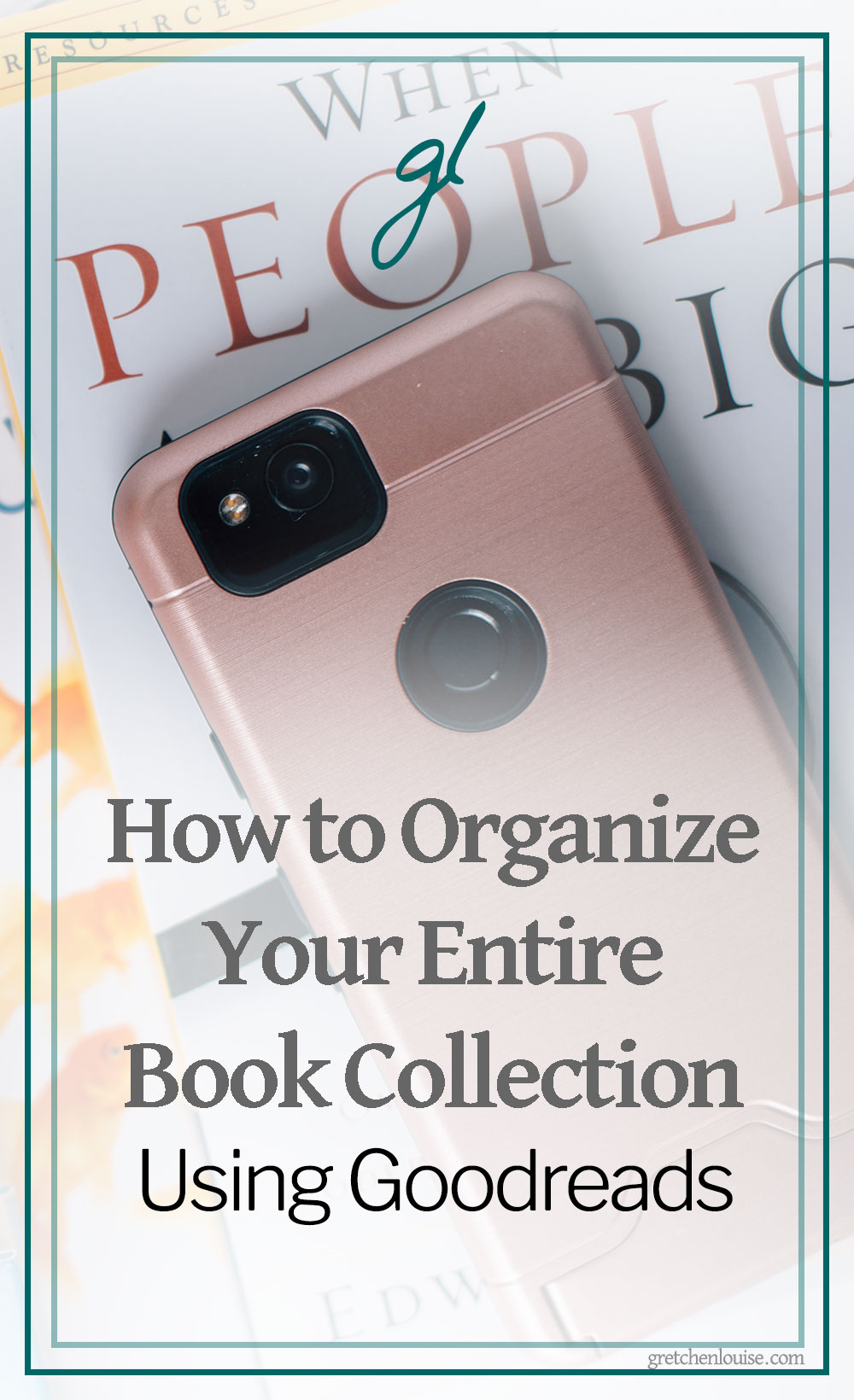 I was wasting money on books, and I didn’t even know it.

When my husband and I got married and merged our book collections, we found several duplicates we had both owned that we traded in at our local used bookstore for credit to go toward—what else?—more books! We now frequent that local used bookstore on many a date night, perusing the seemingly endless shelves to titles new and new to us. We often read to each other in the evenings rather than turn on the television.

In other words, we’re bibliophiles through and through.

We even considered for a short while creating a line item in our budget for books but decided against it because of the amazing treasure trove called the local library. (We bought a home within walking distance!) And since I’m an avid e-reader, I often borrow books using the Hoopla app or save up Amazon Digital Rewards credits to spend on a new ebook.

But I was still wasting money on books unaware.

I needed an organized book collection.

And then I decided to start an organizing project.

Way up there with reading on the list of things I love to do is organizing (and re-organizing). If I’m not rearranging my Todoist lists once a month, it’s because I’m up to my torso beneath the bathroom cabinet rearranging the baskets of replacement body wash and extra lotions.

So when I looked at my bookshelves one day and realized our collection had grown so that I couldn’t pinpoint my categorization method at glance anymore, I knew it was time for a project.

My grandpa used to say that one project always turns into ten.

What began as a simple bookshelf-rearranging project turned into moving the majority of our book collection into an entirely different room in our home, a re-assessment of whether or not we needed all these books and designating some to go to the used bookstore for credit (for, ahem, more books), and a light-bulb moment.

The light-bulb moment occurred as I picked up a book and thought, Don’t I already own this in e-form on my Kindle?

Yes, yes, I did. But I hadn’t realized it when I bought the paperback because I didn’t remember the e-book being on my Kindle in the first place. And that’s when the fun really began!

How to organize your book collection once and for all — with Goodreads:

I decided I could no longer hold in my mind a memorized list of books we owned, wanted, were reading, would or wouldn’t read again, etc.

I needed a system.

I’ve been using Goodreads for more than a decade now but never had I truly utilized the bookshelves feature to my full advantage. Goodreads is a library-in-your-pocket app that allows you to scan whatever book you’re holding and “shelve” it onto the three shelves that come with the app (Currently Reading, Want to Read, and Read) and any other shelves you come up with and create!

In other words, Goodreads is a bibliophile’s favorite app.

Also inside the app, you can interact with your other book-loving friends, see their ratings and reviews of books, rate and review books yourself, and shelve books to your heart’s content.

If you’ve not yet signed up for a Goodreads account, go ahead and do that now and then let me show you how to organize your entire book collection using the Goodreads app.

Some Goodreads users categorize books, and you’re welcome to do that, too! I personally don’t categorize much beyond the one “family” shelf I’ve created for parenting books I want to read in that great someday. So here are the lists I created for this project:

Now I can quickly see which books I own physical copies of and which I own in an e-format. I also chose to subdivide further into “-read” and “-unread.”

Since I like to keep my Want to Read list exclusive to my top-priority upcoming reads, I made the “-unread” lists exclusive so I don’t have to shelve books I add to those lists to the three main Goodreads lists (“Currently Reading,” “Want to Read,” and “Read”).

Related: 10 Features that will Help You Get the Most out of Goodreads

The Goodreads app makes adding physical books to your list(s) so incredibly easy. Simply use the Scan feature and hover your phone’s camera over the book cover or barcode and voila! Shelve away!

This portion of the project took me the longest, but I divided my physical book collection into manageable chunks and attempted to tackle a physical shelf or stack each afternoon until I had shelved all 307 physical books that we own.

As I went, I made sure to shelf each book into either the “-read” or “-unread” list and was quite surprised at how many books I own but haven’t read yet!

This was the part of the process where I winced the most, as I saw that the number of books I own both physical copies of and on my Kindle was higher than I expected. Turns out I’d snagged many a “deal” at the used bookstore that included a book I actually already owned in digital form. But that’s why I embarked on this massive project, so I could stop wasting money on books I already own (though I don’t begrudge the author the extra royalties).

Since I can now easily see whether I own a book or not before I buy it using my Goodreads app, what do I plan to do with the money I’ll save?

More Ideas: How to Organize All of Your Books in Goodreads

Rachelle is a freelance editor, an author of six books, and voracious reader. If you're looking for her, check the bookstore. In 2016, she married a man with the same name as her fictional hero and they live happily ever after in a fixer-upper by the sea. She's a fan of chai and lemonade (though definitely not together). Find her at RachelleReaCobb.com.