The buttercups grew alongside it  The cows’ hooves had beaten down the grass so long it had given up growing in the path.  Creatures of habit, always taking the same exact steps each time. 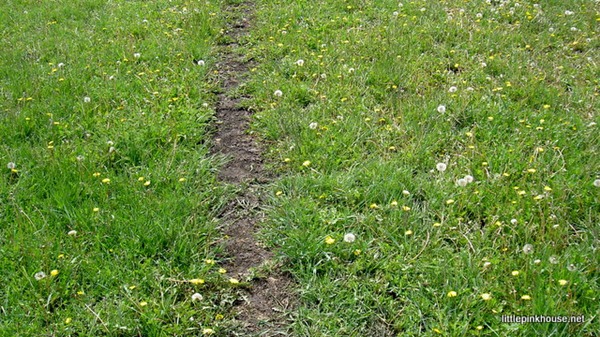 I grew up wandering the cow paths on my Papa’s ranch.  I spent hours reading the stories that were written as the wagon ruts were made on the Oregon trail.  My brother and I delighted in finding new wildlife paths in the bushes along what was once a fence line.  We walked along our own new fence so many times we created a path of our own.

There’s something a path that’s been trod so many times before.  It’s easy and comfortable.  It seems right and it feels good.

But the Christian life doesn’t always lend itself to those easy old paths.  Sometimes, living in freedom and grace feels more like a path that wends its way around quicksand than a path lined with buttercups.  Sometimes, following hard after Him means blind steps of faith on a path you can feel but not see.

That’s when I look up and remember that He not only sees my path, but directs it.  And He can see the buttercups just about to bloom.