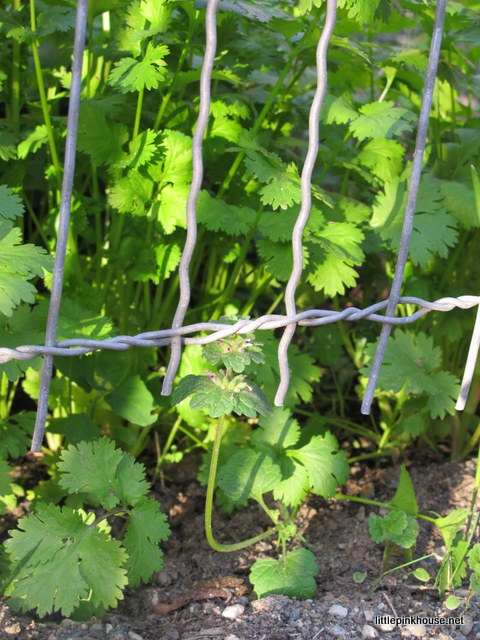 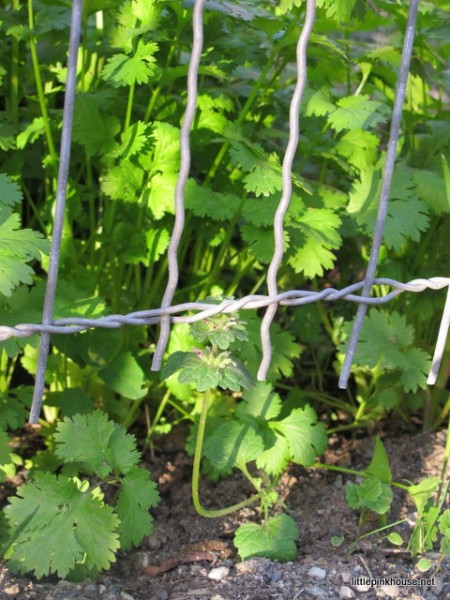 I’m not sure if it’s because God’s creation speaks so much of Him, or if it’s that the only time my mind and heart are quiet is when I’m out of doors, but my herb garden always has a life lesson for me.

Last week, with the scent of rain fresh in the air, I raced outside when naptime came, intent on rescuing the cilantro from the weeds.

I didn’t know whether to laugh or cry as I realized that I had a much smaller crop of cilantro than it had appeared—the weeds simply made it all look lovely and green!

The ground was nice and moist, so I was able to gingerly pull on the top of the weeds and get them out by the roots, with minimal damage to the cilantro.

Except when, of course, I mistook cilantro for a weed.  I shook my head yet again at the way the weeds always grow among the plants they most look like, camouflaging themselves until they’ve taken over.

Or when the weed took root right at the base of the herb, necessitating much damage to the plant since I’d waited so long to pull the weeds.

Digging in the dirt can quickly become a look in the mirror for me.  And this time, I realized, yet again, how weeds are so like sin.

We don’t bother about the little ones, thinking we’ll deal with them later—until before we know it, they’ve consumed us.  Suddenly the tiny weed I hardly noticed is taking much more effort to remove than it would have if I’d paid attention when it was small.

Often, my biggest struggles are with the sins that can so closely camouflage themselves as my strengths.  Too often my attention to detail sows seeds of a critical spirit.  How quickly my attempts to be a good mother grow roots of pride.  How often my task-oriented personality bears fruit of impatience and hurry.

Sometimes, it feels like my very self will be uprooted in the attempt to dig up those sins that have taken root so close to my heart.  And yet, that very uprooting is the only way to live.

“…our old self was crucified with Him, in order that our body of sin might be done away with, so that we would no longer be slaves to sin…”
–Romans 6:6, NAS