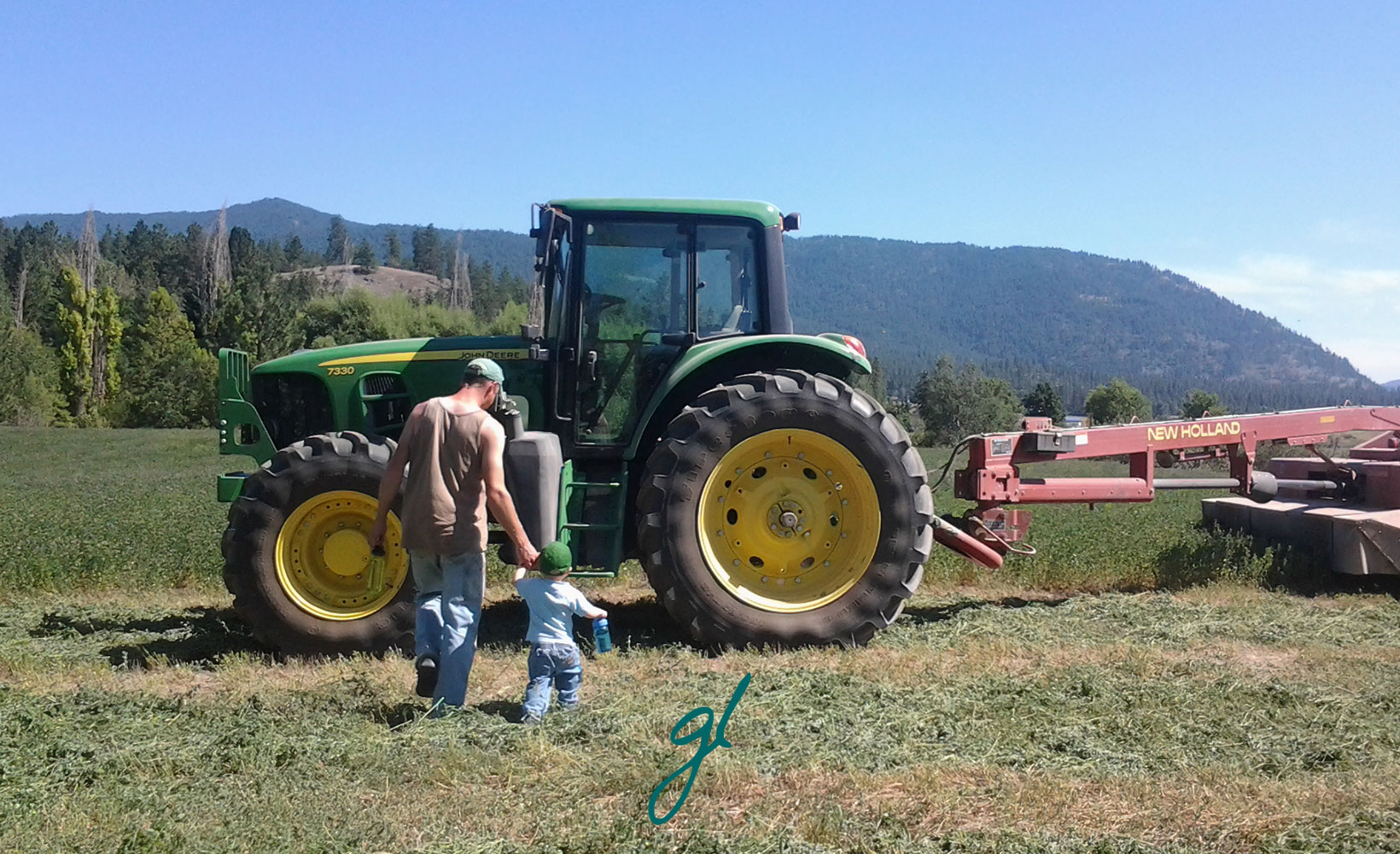 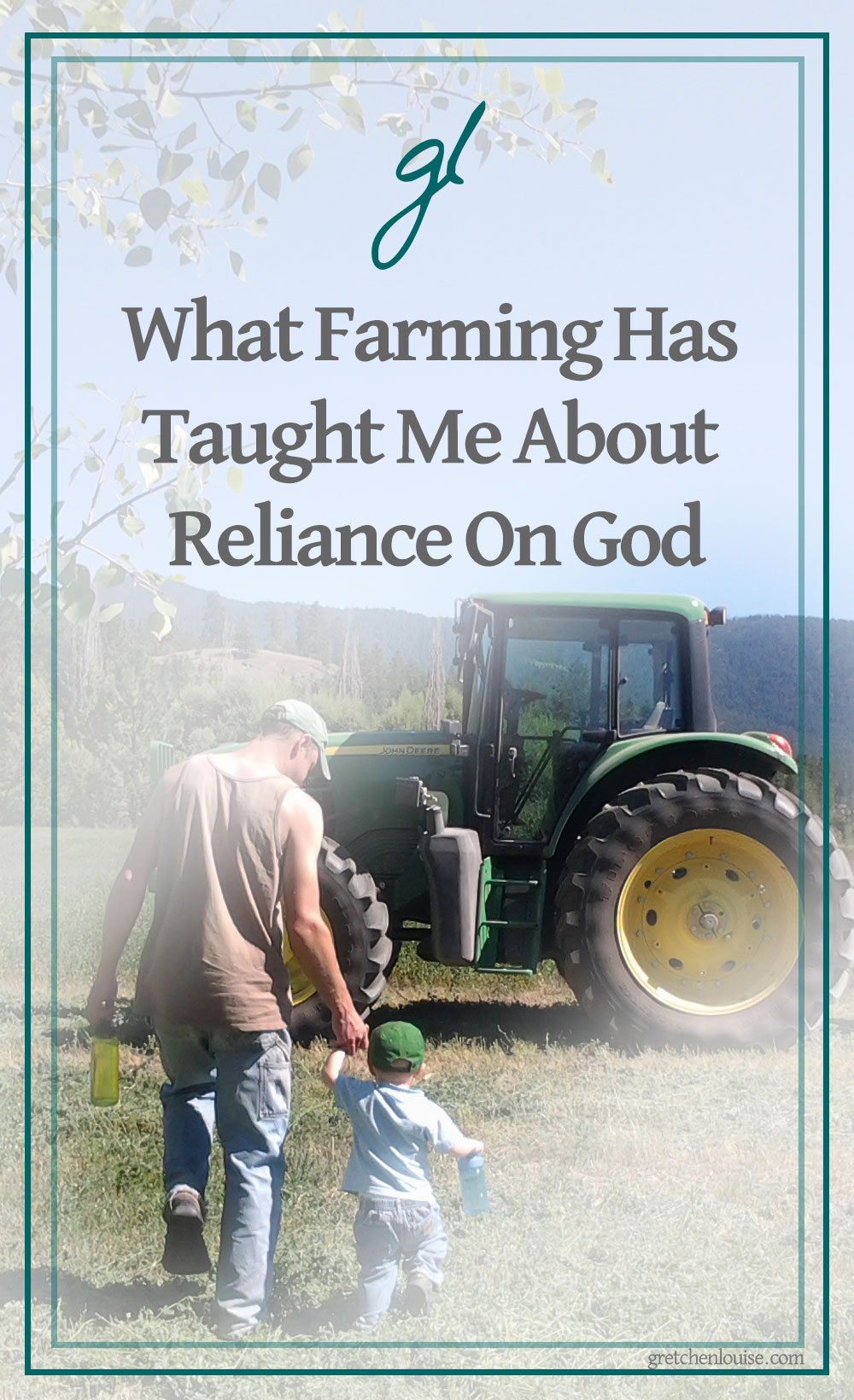 “What’s the forecast looking like?” my farmer husband asked the moment he walked in the door.

I checked it. Again. It was still saying rain. And we still had wet hay on the ground.

It’s the same every fall. It’s time for a third cutting of alfalfa and we need a week of good weather to get it cut, raked, dried, and baled. The forecast finally looks favorable: six or even seven days with little to no chance of rain. So he cuts the hay. And the forecast changes.

Farmers aren’t really any more reliant on God than any other profession, but sometimes, we feel a lot more aware of our reliance on Him. Here are three things farming has taught me about parenting, life, and our reliance on God. 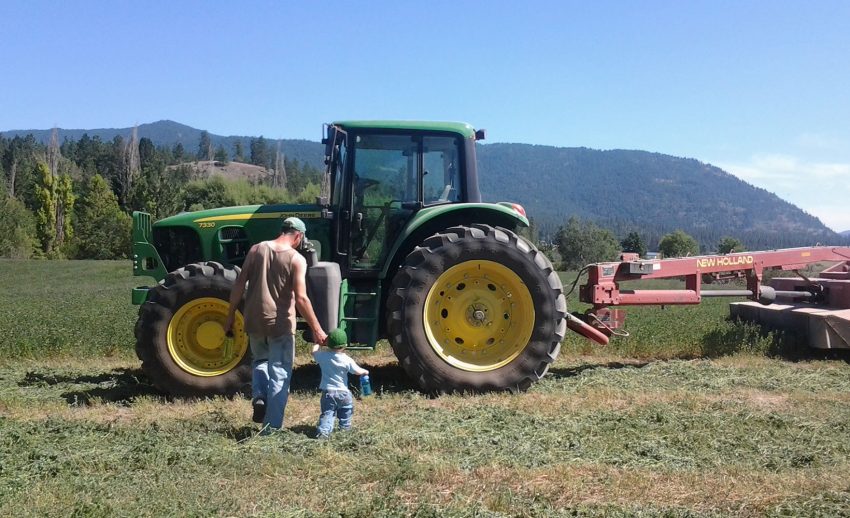 We start planting in February. The seeds are carefully sown in tiny blocks of soil, and gently watered. Then, we wait.

We can plant and water, but only God can make that seed grow. No matter what seed company we order from, there are always a percentage of the seeds that don’t germinate.

No matter how technologically advanced we think we are, we can only plant and water. Yes, we can expose the plants to the proper amount of sunshine and warmth. Yes, we can use natural methods of fertilization and soil adaptation. But only God can cause that seed to grow.

I grew up reading a carefully embroidered saying that hung on the wall:

One plants, another waters, but the harvest—it’s His. And no matter how much sweat, toil, and tears we put into it, all the glory must go to Him.

We plant our market garden in raised beds that are covered in plastic to minimize weeds. But weeds still pop up. Everywhere.

The funny thing about weeds is that they are naturally camouflaged. The weeds among the carrots look just like carrots, and when the potato plants are small, only a trained eye can tell them from the pigweed.

We’ve learned the hard way that if we don’t pull the weeds when they’re small, they’ll grow to spread their own seeds. In no time at all what was a few tiny weeds becomes a garden overgrown by weeds with strong roots that rob the water and soon the sunshine from the vegetable plants.

Just like the sinful habits in my own life. That edge of irritation to my voice, that twinge of pride or jealousy—untouched, it will take root in my heart. Untended, it will overpower the good fruit. Producing the fruit of the spirit requires a lot of weeding.

On my husband’s birthday, we woke up to the sound of rain. Not just a light, dew-like sprinkle. But the heavy pounding of raindrops.

But you know what? Freshly cut alfalfa smells absolutely delicious when it is wet. And the sound of rain lulls even the most discouraged farmer to sleep eventually. Because at that point, there’s nothing you can do except pray for another week of dry weather.

While we were asking God to hold off the rain, there was probably another farmer down the road praying that the rain would come. But when the rain came, we thanked Him. Yes, the hay in one field was getting wetter by the hour. But that other field really needed the rain.

And our children were watching. They saw their daddy’s disappointment at the rain. They expressed their own frustration because they had been praying it wouldn’t rain on Daddy’s hay.

But they heard him thank God for the rain.

Now, it’s a month later, and we’re ready to plant winter wheat—but we need some moisture first. So now we’re praying for rain while we enjoy the sunshine and the crisp fall air.

No, we farmers aren’t any more reliant on God than anyone in any other profession. But at springtime and at harvest, we’re so very aware of the fact that only God can count the apples in a seed.