It was an early-morning double date with my husband’s cousin and her fiance, whom we’d just met and wanted to get to know better.  Coffees and Chai tea in hand, we found a nook with two couches, and facing each other, we couples settled in for a long chat in our local coffee shop early last summer. We swapped stories of siblings, our dad’s occupations, and how we met.

Then the question came from the soon-to-be-groom: “Do you have any marriage advice for us?”

I’m used to giving relationship advice. But it was different, face to face with the couple, my husband sitting beside me. I looked at him and listened, contributing from time to time, but mostly making mental notes for things I could be doing better in our marriage. Not that he was preaching at me. But as he said over and over, we are far from perfect—these are the things we are learning and trying to improve on. 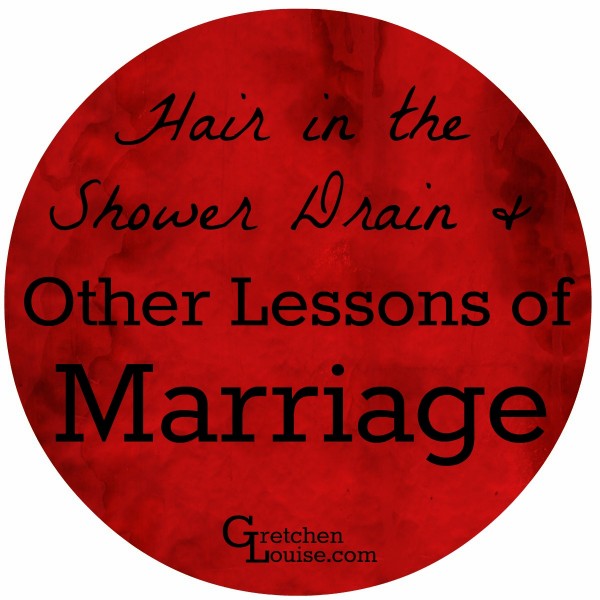 Never take each other for granted.

We thought we had this one down, having spent nearly ten years apart before we got married.  But when my husband nearly lost his leg and his life two short months into our marriage, we realized how close we’d come to losing each other, and vowed never to take each other for granted.

Never think “it” can’t happen to you.

By the time we’d been married two years, we’d watched two of the four marriages we’d witnessed together crumble to pieces.  As the years went on and we watched more marriages fall apart, precious few others come miraculously back from the brink of divorce, we’ve learned by heart the truth that you have to fight every day to keep your marriage safe.

The little things will still annoy you after you get married.

Don’t get married expecting to fix someone.  The little things that annoyed you about them before you got married will really annoy you after you get married and live with them day in, day out.  My husband still leaves his laundry on the floor (just as his sisters had warned me).  But it goes back to never taking each other for granted—because when I only had one shoe, one sock to pick up for months, I was so very thankful I still had a husband to pick up after.

Talk about the little things before they become big things.

Marriage is for learning and growing together.  It may be appropriate to talk about something that perpetually annoys you, letting your spouse know about it when you are calm and collected.  Don’t let it continue to grate on your nerves until you explode into a ball of rage or a pile of tears right before you leave for church.

Make an effort to please your loved one in the little things.

I knew before we got married that the two things that annoyed my husband most were sinks full of cold, dirty, greasy dishwater and hair left in the shower drain.  The first time I forgot to clean my hair out of the drain, I found “I (heart) U” written in my curly red hair on the shower stall.  As our marriage has gone on, I’ve learned that he probably won’t want to go to bed until the floor is clean and the dishes are done.  If I have them done before he gets home, that means we not only get to bed sooner, but I get a grateful smile.

Make allowances for the little things.

Some things are hard to change.  Like the way one has always squeezed toothpaste.  I’m sure many marriages could be saved by using separate tubes of toothpaste.  But my husband’s loving compromise in this area has been to meticulously roll up the toothpaste tube and clamp it at the bottom every time I squeeze it out of shape.

Too often, we’re more polite and considerate of the stranger on the street or the customer across the counter than we are of the one we claim to love the most.  But it we don’t really live our love at home, where it really matters, then are we really loving?

Focus on the interests that bring you together.

Before we were married, my husband was an avid mountain biker.  We rode our bikes together a few times in the months after his accident, but I am not exactly the most athletic person.  He gave up one of his favorite hobbies in order to pursue things we both like and can enjoy together—like books.

Enter and appreciate the other’s world of work.

The idea that each must pursue their own hobbies and interests independently for a happy marriage is a lie out of our me-centered culture.  But that doesn’t mean we don’t make allowances for special hobbies or try to actively participate in the other’s work.  My husband comes alive when explaining how an engine runs: I listen in rapt, admiring attention, trying to nod at the right places.  I thrive on the written word and love to tinker with HTML and computers: he is my biggest fan, even if he doesn’t read everything I write.

Jealously guard your time together.

There are enough things in our daily lives that can not be done together, that we are vigilant about protecting our schedule and saying no to the activities that aren’t for couples.

Before we were married, everyone told us we were too young to get married (at age 22) and that the honeymoon feeling wouldn’t last.  The first years of our marriage we were constantly asked if we’d fought yet.  Now it’s the negative comments about children and turning into a boring old married couple.  Don’t listen to the negativity—defy it.  Don’t read the books that are filled with marriage problems and solutions—read the ones filled with practical positive advice.  And don’t buy into the lie that a happy marriage has to be filled with fighting and arguing—it is perpetuated by the personality types that thrive on discord and want an excuse for it.

We made it our goal to not only have the kind of marriage that defied all the negativity, but inspired “old married people” to fall in love all over again.  We still hold hands and kiss in public.  He still pulls me onto his lap when I least expect it.  And when he catches me for a kiss in the middle of the kitchen and my parents happen to be around, they usually get busy kissing, too.

A good marriage doesn’t just happen.  Learn and observe other marriages.  Spend much time making plans and goals for your own marriage, and then putting them into action.  Pattern your thinking in such a way as to aim for the happiest, most thriving marriage.  You won’t hit higher than you aim.

Invest all you have.

Growing a happy marriage takes all you have, and then some.  It takes purposeful actions and the investment of time.  It takes daily laying down of your own desires and putting the other person’s wishes before your own.

Ask for wisdom from the Creator of love.

Many marriages have survived and even thrived without God at the center.  They have known eros, and maybe even phileo.  But without God, the Creator of love, at the center of a marriage, a couple can not know true agape love.  Your marriage will grow strongest and sweetest when you rely daily on the Creator of love, for the wisdom and strength to love each other as He first loved us.